On Nov 21th, 2019, the Institute of High Energy Physics (IHEP) of CAS finished the assembling and testing of the Structure and Thermal Model (STM) of EP’s Follow-up X-ray Telescope (FXT). It was delivered to the Innovation Academy for Microsatellites of CAS (MicroSAT) on the same day. 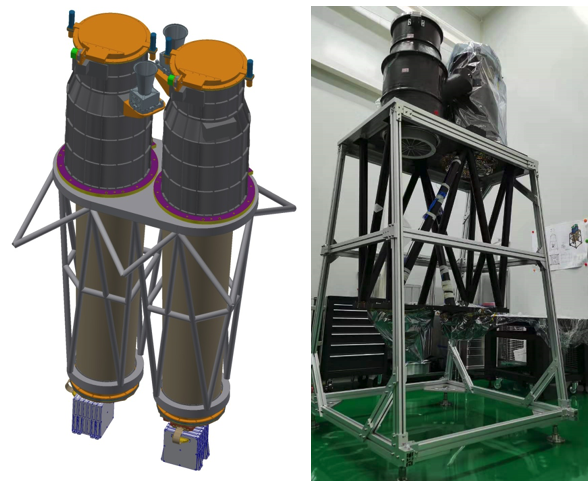 FXT is composited with two identical Wolter-I type focusing telescopes and their focal plane detectors. The STM of FXT includes two shading cylinders (carbon fibre M55J)，one transform structure between the shading cylinder and star tracker, two mirror modules, two focal plane detectors (dummies), two filter wheels (including one dummy), and two refrigerators (including one dummy) to cool the focal plane detectors. The refrigerator is made by the Technical Institute of Physics and Chemistry, CAS. One of the mirror modules is the MTD (Mechanical Thermal Dummy) from ESA, and the other is manufactured by the Harbin Institute of Technology, China. 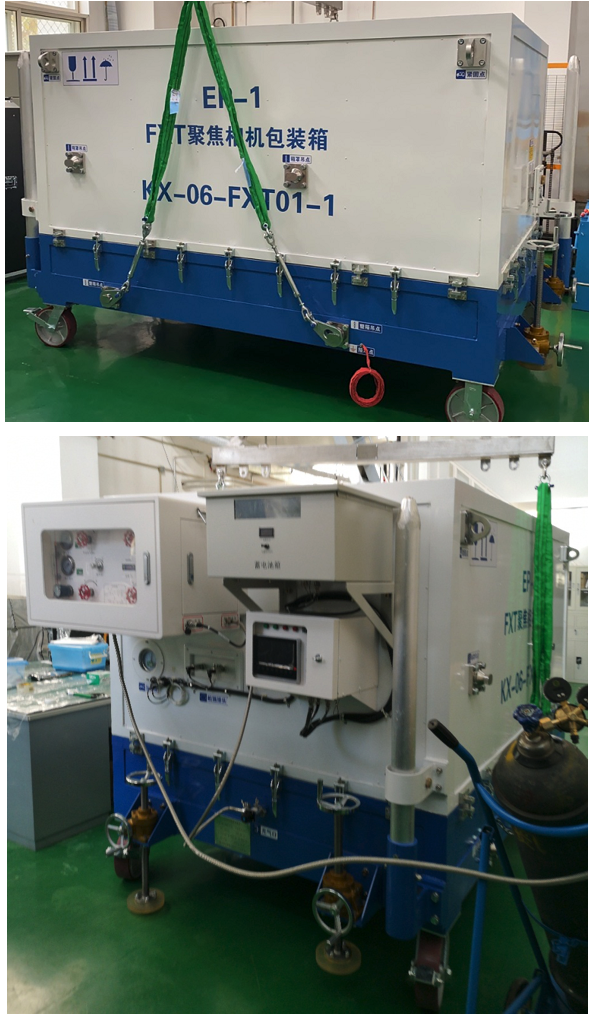 Figure 2 The packing box of FXT

To keep the cleanness of the STM, it was fixed in a packing box designed specifically for FXT. The packing box is always filled with dry nitrogen in the whole transportation process. The STM of FXT arrived at MicroSAT safely on Nov. 22nd. It will participate in the vibration and thermal tests of the satellite in the coming a couple of months.