In general, X-ray focusing instruments are based on multiple grazing incidence reflections on smooth surfaces almost parallel to the direction of incident X-rays. The optics can be arranged in several different configurations.  The conventionally and commonly adopted configuration is the Wolter-I optics (Wolter 1952), which reflects X-rays by a tubular, rotationally symmetric parabolic surface followed by a hyperbolic surface. Such a system is used for many of the past and current X-ray telescopes such as Einstein, ROSAT, Chandra, XMM-Newton, and Swift/XTR. The FoV of such optics is inherently small, typically less than one degree or so.

An alternative configuration is Lobster-eye optics (Angel 1979), which mimics the imaging principle of the eyes of lobsters as shown in Figure 1. Incoming light is reflected off the walls of many tiny square pores arranged on a sphere and pointed towards the co-centric spherical center. The reflection surfaces are configured orthogonal to each other without a specific optical axis, and thus the FOV can in principle subtend the entire solid angle. 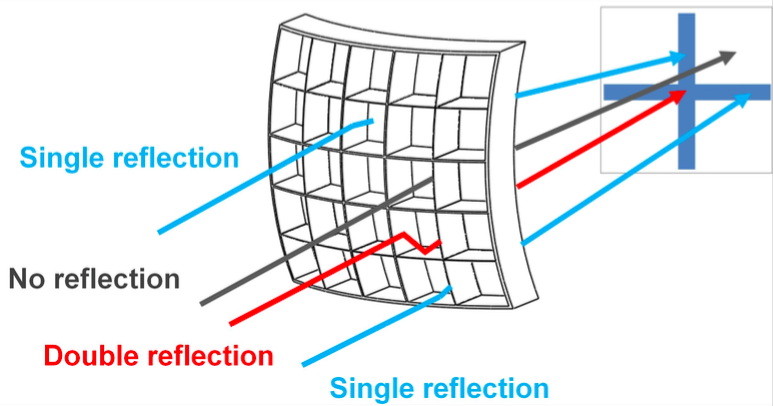 Figure 1 Lobster eye optics: X-rays from a distant source illuminating micro pores are brought onto the focus on a focal plane (sphere) with a characteristic cruciform pointing spread function.

The FoV of the optical arrangement indicated in Figure 2 is only limited by the size of the optics (the number of MPO pieces) or the size of the detector. The PSF remains almost unchanged over the entire FOV without vignetting of the effective area. Such a wide-field lobster-eye telescope provides the technological basis of the next generation wide-field X-ray monitors to detect faint and short-lived phenomena like high-redshift Gamma-Ray Bursts, distant X-ray novae and tidal disruption events. 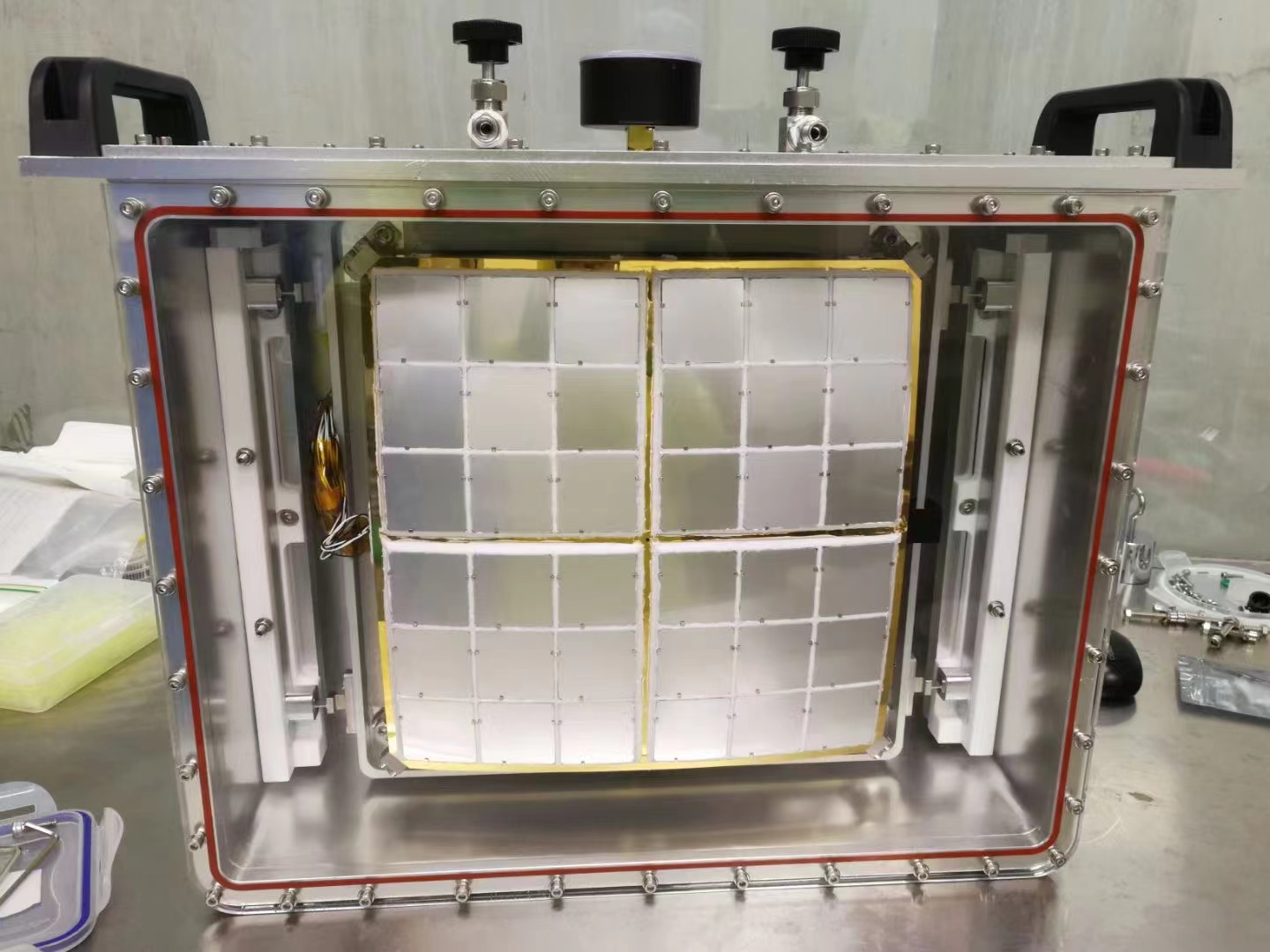 Figure 3 shows the layout of one WXT module. An optical baffle is attached at the front end of the MPO assembly to shield optical stray light from the Sun, the Moon and the Earth. The Lobster-eye optics assembly is mounted right below the optical baffle, which is composed of 6 by 6 mosaicking MPO plates glued onto a AL-SiC supporting grid.  A CMOS focal-plane assembly compose 2×2 CMOS sensors. Since the focal-plane of Lobster-eye optics is sphere, each CMOS is tilted at a certain angle to reduce imaging degradation. This new type of detectors are back-side illumination CMOS sensors, which have 4 k by 4 k pixels (of pixel size 15 micro) and 6 cm by 6 cm in size. The CMOS detectors have some advantages over CCDs for their fast read-out speed, as fast as several tens of frames per seconds. They can thus be operated at moderately low temperatures. The focal-plane assembly are active cooled to -30 degrees Celsius. There are two layers of optical blocker, which are one layer of 150 nm Al and 100 nm Polyimide coated directly onto MPO chips and one layer of 50 nm Al coated onto CMOS sensor. All 12 modules are controlled by a single electronics box. 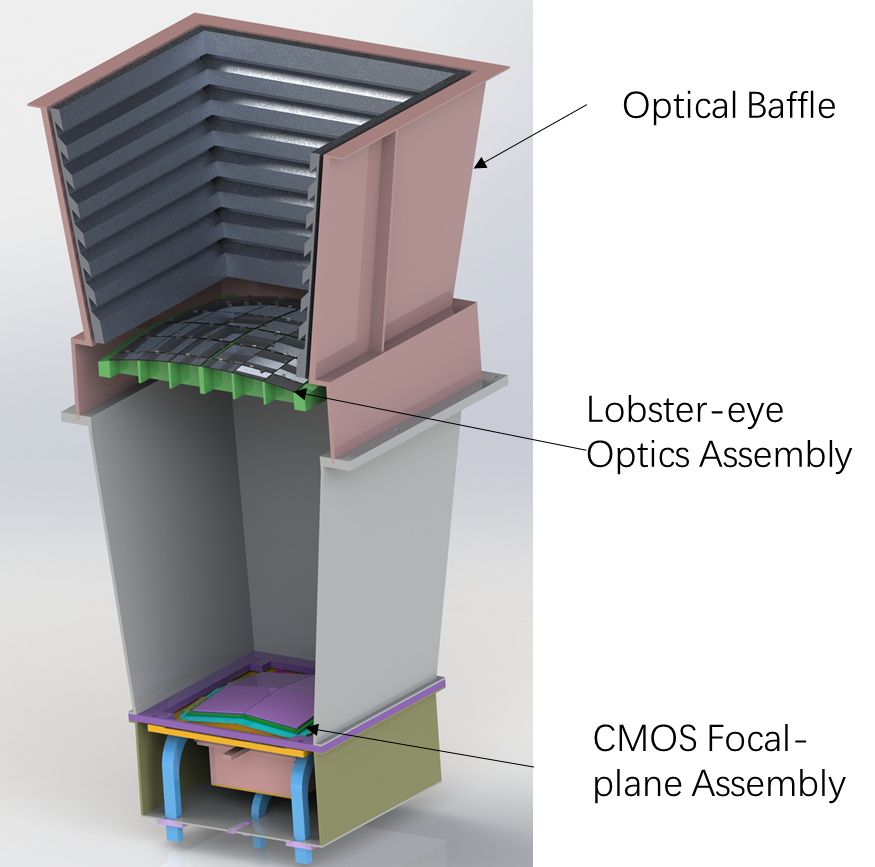 Figure 3 Design of one module of the wide-field X-ray telescope (WXT), consisting mainly of an optical baffle, MPO plates and focal plane detectors.