Active galactic nuclei (AGNs) are accreting supermassive black holes (SMBHs) that reside at the centers of galaxies and emit excessive electromagnetic radiation, whose ultimate energy source is the release of the gravitational potential energy of the accreted matter in the form of thermal and radiation energy. Multi-timescale and multi-band variability is a characteristic observational feature of AGNs. In particular, the variability in the X-ray band is most interesting, which is intense and rapid, carrying rich physical information of the innermost region of the accretion disk. Therefore, AGN X-ray variability has long been used as an effective probe for studying SMBHs. However, at present, we still lack a very fundamental understanding of AGN X-ray variability, whose origin and mechanisms remain largely unclear, primarily due to the lack of X-ray timing observations with uniform sampling and long time span for a statistically significant sample of AGNs.

EP has an unprecedented soft X-ray survey capability, with a grasp (i.e., the product of detector effective area and field of view) being one to two orders of magnitude larger than previous similar satellites. EP will be able to monitor hundreds of bright AGNs in the whole sky with time sampling intervals ranging from 100 seconds to years, and will be able to build an exceptional AGN variability database. Accordingly, we propose to carry out AGN investigations mainly in the following four aspects, thereby substantially facilitating our understanding of many key questions, such as the intense AGN X-ray variability and flaring phenomenon and the underlying mechanisms, the physical conditions, structures, dynamics, and radiation processes of AGN accretion disks, jets, and coronae. 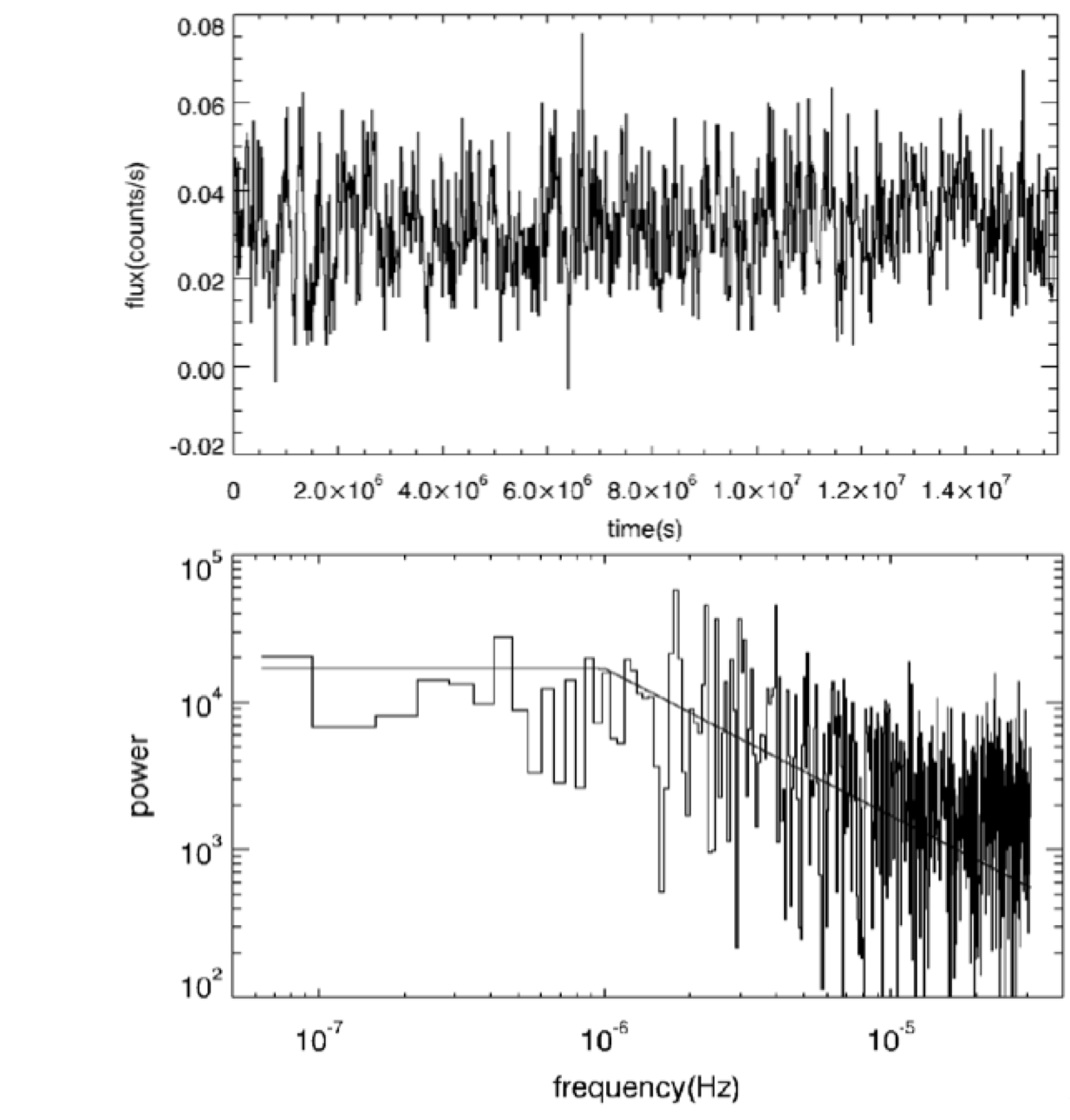